Review of May games - Women’s

Hamina suffered 2 defeats in scoring contests before managing to get their season going. The orange shirts now end the month with back to back wins at home against league leading opponents.

The start to the regular season was frustrating, with the first 3 games ending in a scoring contest. The challenge for Hamina has been to find consistency across both jakso, something the team finally achieved on 28th May against Lappajärvi. The end of the month  also saw Superpesis talent Reetta Juntonen join the lineup, on loan from Joensuu for a week.

Hamina’s home opener ended in a narrow defeat after a disastrous first jakso that ended 0-6 to Pesäkarhut. Hamina eased past the visitors in the second jakso 7-1 but ultimately lost in the scoring contest. It was looking grim for Hamina’s start to the season until they earned their first win at Pori, edging the home side in their third scoring contest in three games.

The weekend of 28th May promised some exciting pesis at Vallikenttä, with two games in two days against the teams at the top of Ykköspesis’ North and South blocks. Saturday started with Hamina’s offence exploding to a 15-3 lead in the first jakso against Lappajärvi. Despite the visitors coming back to lead the second jakso 1-2, Hamina pulled it back and won 3-2 to secure their first 3 point win of the season.

The Sunday game brought another 3 points to Hamina’s total, as the orange shirts fought a tight defensive game against Jalasjärvi. Ultimately Hamina shut down JaJa’s offence and left the visitors scoreless across the two jakso. This was a particularly impressive result given the fact that Jalasjärvi had scored 34 runs in just 3 games going into this game.

Anniina Salo currently has the most RBIs for Hamina (and the 3rd best in the league) with 1 home run and 9 RBIs. Anniina also has an impressive 56% success rate with runners on 3rd base. When you consider that the home run and 6 RBIs were from the last 2 games, she is clearly a player who is on a hot streak and worth watching as the season progresses. It is also worth noting that there have been 7 home runs for Hamina in just 5 games! With Petra Laakkonen scoring 2 of them.

Linda Kemppainen and Pinja Kesti lead the league for the most runs scored, with 8 each from the 5 games in May. Niina Nukarinen has had 27 successful hits when advancing the point runner and a success rating of 69.23%. Niina is currently 3rd in the league for successful hits, but leads the league with 70 hits overall. 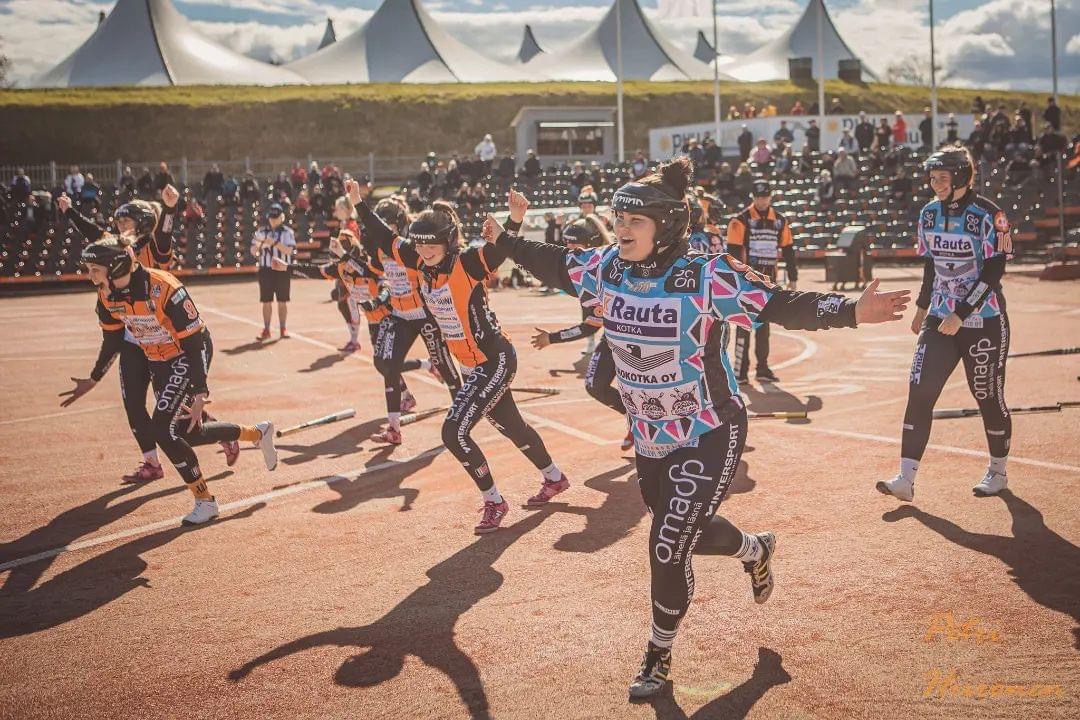 Hamina sit at the top of the Southern block after 5 games with 10 points. So far this season Hamina have scored points in all of their games, although they would have been hoping for more in their opening games. Pesäkarhut are 2 points behind and JaJa and Laitila are next with 7 points each.