Last year the men’s team couldn’t keep their place in Superpesis and were relegated. Despite this, the club remains financially healthy and able to draw in crowds larger than some Superpesis teams. The question now is whether Hamina’s promotion in 2020 was a step too far, or whether Hamina are destined to return to Superpesis and 2021 was just a temporary setback.

The team signed several players ahead of the start of the winter training games, but the most interesting signing was Konsta Saarilehto on a 2 year contract. Saarilehto played in 13 Superpesis games last season as well as 11 games for Puijon Pesis. In JoMa’s win against Kankaanpää in august last year he was awarded as being the best player on JoMa’s lineup, beating the likes of Patrik Wahlsten and Aleksi Rautiainen. Joensuu were so impressed with Saarilehto’s performance during the season that he made 4 appearances in their nail biting 5 game series against Sotkamo in the first round of the playoffs.

Hamina also welcomes Kaapo Kalmari and Ville Rämet from Tahko. Kalmari and Rämet are young and talented players, who will be eager to prove their worth and help Hamina gain promotion back to Superpesis.

Hamina has secured several players on dual representation agreements with Superpesis teams. Luka Raesmaa will play for Tahko as well as Hamina played 16 games for Tahko’s superpesis team in 2021, either as a joker or outfielder. At bat, Raesmaa’s speed means that he has great potential to score runs, but more importantly, the signing also gives the orange shirts a solid outfielder.

The most recent announcement was the dual representation agreement with JoMa, where Justus Niemeläinen will play for both clubs this summer. Niemeläinen can add some depth to Hamina’s outfield, as well as some extra speed around the bases.

With the new signings, the biggest asset for Hamina will be speed. Saarilehto is a powerful runner and has a great deal of potential. Luka Raesmaa and Justus Niemeläinen also add good speed to the team and pose more scoring opportunities for the orange shirts. When it comes to bringing runners home, Hamina will place their faith once more in the hands of power hitter Juha Leskinen, who has 362 RBIs in his career and will be hoping to reach 400 during this season. 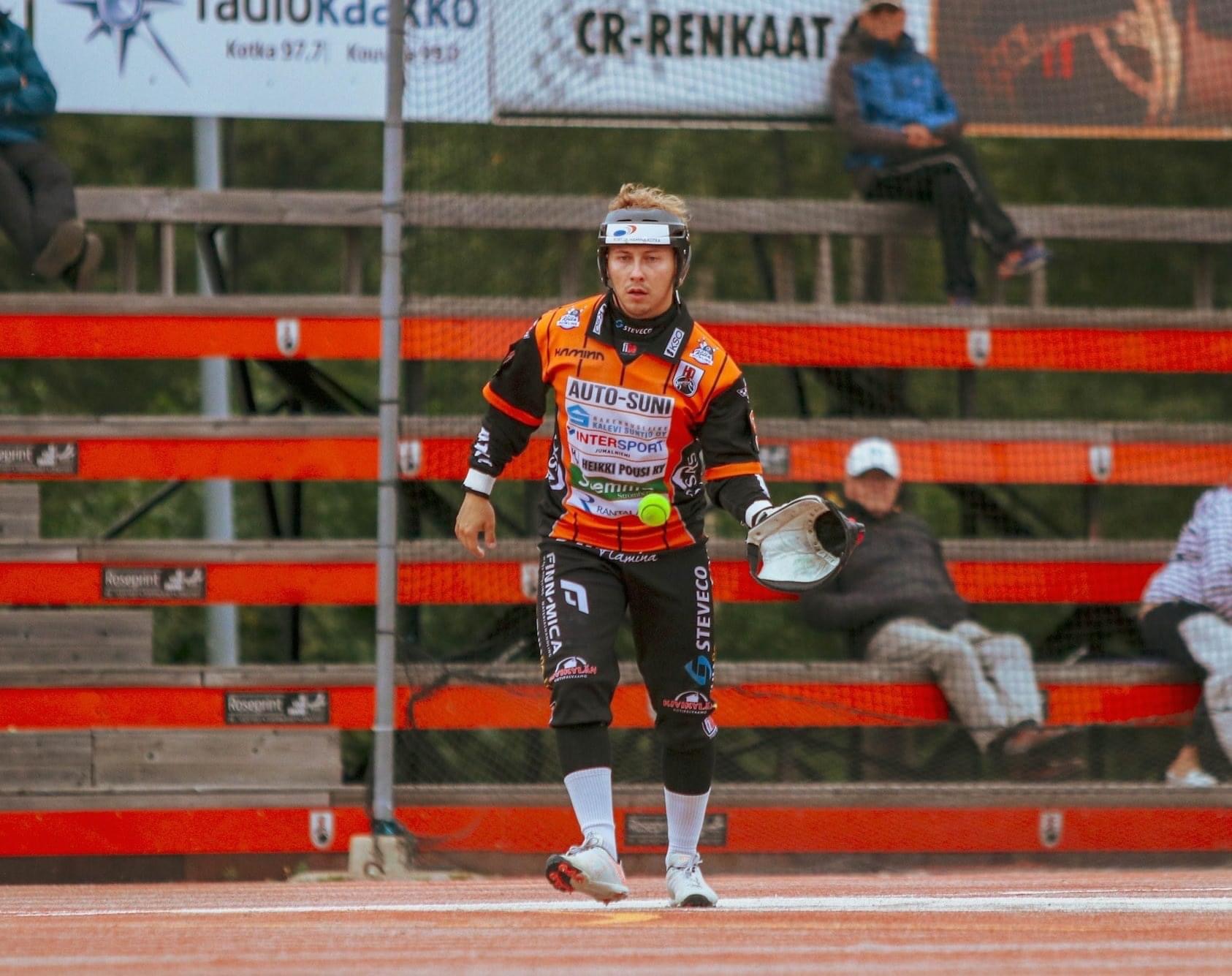 One difficulty the team will have is managing when certain players will be available. Luka Raesmaa, Konsta Saarilehto and Mikael Harju are all currently serving in the army. Whilst Saarilehto and Harju should return in mid June and Raesmaa by the end of September, they may be available for certain games if they are granted leave. Another issue is that players on dual representation agreements could be asked to play for their Superpesis clubs if the team suffers with injuries. Another challenge for Hamina will be to tighten up their defence. During the training games this year, the defence has struggled on occasions, but with the recent news of Niemeläinen joining on a dual agreement with JoMa, these gaps will hopefully start to be closed.

The most significant challenge for Hamina will be Oulun Lippo. The northern club suffered at the hands of SiiPe last year as their promotion dreams were crushed in front of the home crowd. Lippo have invested heavily in the last few years to try and gain promotion, but they haven’t managed to break through. The departure of Marko Hallasuo and Oskari Salmela will weaken Lippo’s offence, but the signing of Markus Pelkonen from Kempele makes Lippo a tough team to play against.

KPL’s second team poses an intriguing local rivalry this year - perhaps the most exciting local rivalry in Ykköspesis. Even though KPL are not permitted to reach the playoffs, they will be a key opponent this year. In fact, Hamina will play KPL more than any other team in the regular season due to the way the fixtures have been set up. Elias Pitkänen will be KPL’s pitcher this year, after appearing for Hamina and KPL in Superpesis last season.

Puijon Pesis has been in the top 4 in Ykköspesis in 5 of the last 6 seasons. The rise of PuPe over the last couple of years has not been enough to see them rise to Superpesis, but they will almost certainly be in the mix. PuPe have been very active in signing players in the offseason, with 8 new names to add to their lineup (some with Superpesis experience).

Alajärven Ankkurit were resurrected in 2020 after a disastrous 2019 ended in relegation and the team facing significant financial problems. Alajärvi were disappointed at finishing 6th in the table last year, as they had some of the top hitters and runners in the league.

The fighting salmon played above expectations last year and made it to the qualification series against Kankaanpään Maila. The game will mark the return of pitcher Matias Hangasmaa, who joined Lohi in the offseason.

The local rivalry continues again this year with Kopla running a second team Ykköspesis. This matchup is of huge importance to Hamina, as they will play KPL 4 times in the regular season. Whilst KPL cannot progress to the postseason and be promoted, Hamina will be eager to try and beat their local rivals.

PuPe will be a tough opponent, but Hamina will be hoping to get the better of them and secure their place in the top 4.

The northern raiders will hope to pick up points from Hamina, but the orange shirts will want to get the better of Lippo and prove that Hamina deserves to be in Superpesis next year.

Hamina were extremely unlucky to finish 2021 back in Ykköspesis; however the club has got straight back to work with promotion firmly in their sights. Hamina have made a number of key signings and dual player agreements in the offseason, which put them firmly in the fight for a playoff spot. If KPL finish in the top 4 then the 5th place team will make the playoffs instead of Kopla. This means that there is a fair chance that Hamina will make the playoffs, even if they struggle at times during the season. But a playoff spot alone will not be enough for a team that is packed with talent and itching to celebrate the 100 year anniversary season with promotion.

This year could be a breakout year for Elias Lahti, who is taking over the role of pitcher this year. Elias has a solid understanding of the tactics of the game and shows good speed, commitment and reactions to chase down short hits. Elias is also a strong batter, so his development his year will have a huge impact on Hamina’s success. Hamina will be looking to finish the season in the top 4. From there it is anybody’s guess who will be promoted, but there will be 2 chances to advance to Superpesis - by winning the playoffs or by beating a Superpesis team in the qualifying series.